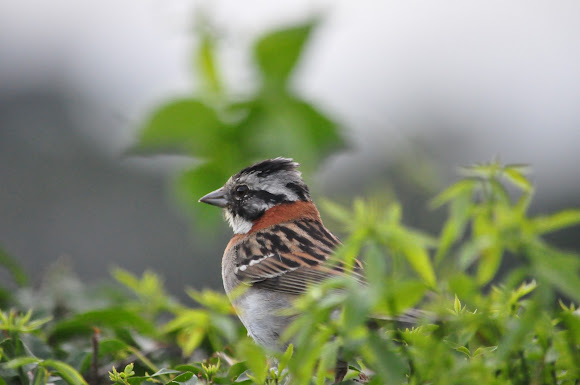 The jigsaw is a passerine bird in the Emberizidae family. It is one of the best known and estimated birds in Brazil. Its name comes from Tupi and stems from his corner. This bird and the sparrow are two common species in urban areas and many people confuse them even though they easily perceivable differences. Pernambuco known as "jump-way" and the interior of Sao Paulo as titiquinha and Ticao, GITIC, mariquita-uncle or great uncle whit in Parana and chop-my-god in southern Ceará.

All regions of the country, except for the forested areas of the Amazon. It is migratory in Rio Grande do Sul and Parana, appearing in flocks probably coming from neighboring countries. Also found from Mexico to Panama and most of South America to Tierra del Fuego (Argentina)