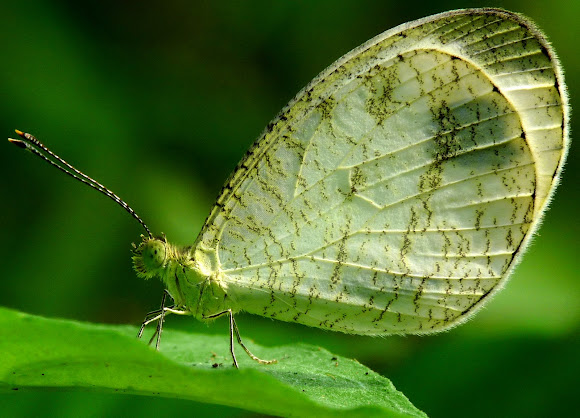 The Psyche (Leptosia nina) is a small butterfly of the family Pieridae (the Sulphurs, Yellows and whites) and is found in Southeast Asia and the Indian subcontinent. The upper forewing has a black spot on a mainly white background. The flight is weak and erratic and the body of the butterfly bobs up and down as it beats its wings. They fly low over the grass and the butterfly rarely leaves the ground level.

The lower ranges of the Himalayas from Mussoorie to Sikkim; Central, Western and Southern India, but not in the desert-tracts; Ceylon; Assam; Burma and Tenasserim; extending to China and the Malayan region.

Unpublished MS of de Niceville gives it the common name of "wandering snowflake".

Hi kadavoor.. I think that second picture is really a knockout... maybe should be #1.

Hope the problem is fixed.

Hi kadavoor...
Please reload first picture. It is not not viewing.