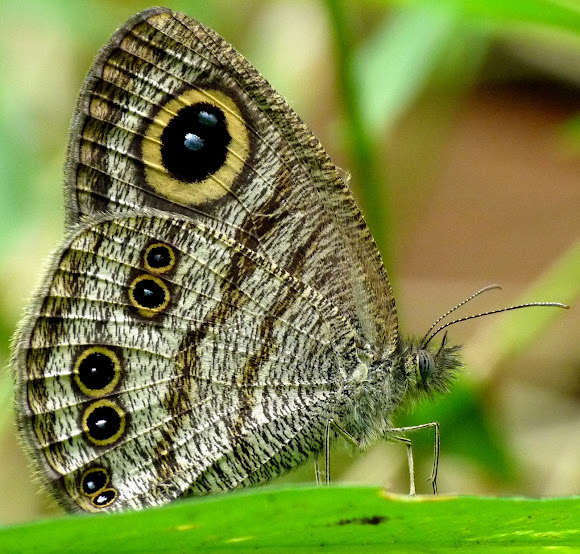 Sub-Himalayan India from Chamba to Sikkim and Bhutan. Central India and the hills of southern India and the Western Ghats. Assam, Myanmar and the Tenasserim.

Satyrinae, the satyrines or satyrids, commonly known as the Browns, is a subfamily of the Nymphalidae (brush-footed butterflies). They were formerly considered a distinct family, Satyridae. This group contains nearly half of the known diversity of brush-footed butterflies. It is estimated that the true number of the Satyrinae species may exceed 2,400.