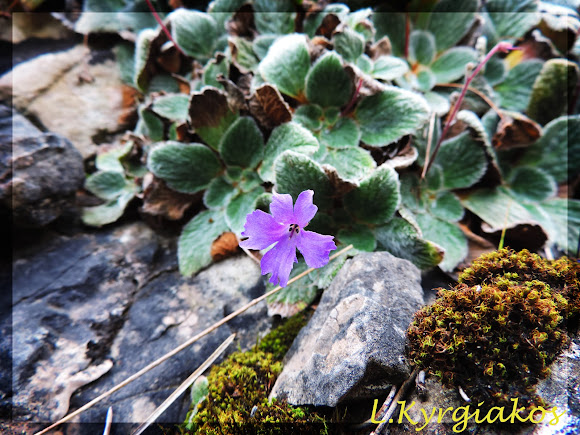 The Jankaea heldreichii (Boiss.) Boiss. plant is a herbaceous perennial. The most significant for this plant is that is stenoendemic of mt. Olympos, that means that this plant exists only in this little region and nowhere else in the world!!!The leaves are simple, forming a rosette at the base of the plant and covered by thick, long and soft bristles. It grows on shady crevices of limestone rocks, at altitudes between 400 and 1400 meters and it is remaining of the glacial period. Moreover, this plant is in danger due to climate change. According to IUCN it's type (NT)= Near theatened due to its little population! In the end I want to underline that the species is protected in Greece by the Presidential Decree 67/81 and it is included in the Red Data Book (Phitos et al. 1995). Most of the population of the plant is included in the National Forest Park of Olympos which is also a Natura 2000 site (GR1250001).

I really appreciate what you have said! Thank you Despina!

Wow Leonidas, that's a such a rare and unique flower species! Well done!