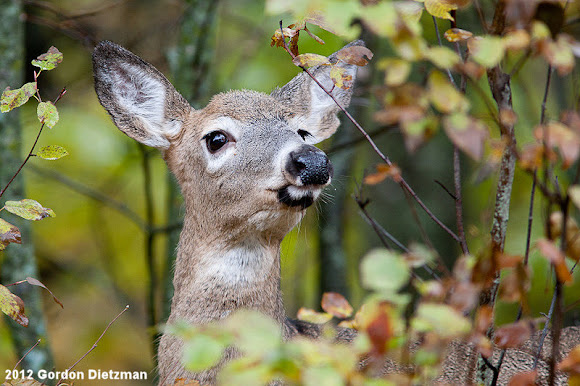 White-tailed deer have a wide range across much of the US and Canada, in a number of different habitats. They tend to avoid large open areas and are most often found in brushy forests and along tree-lined rivers in grasslands.

I found this white-tailed deer doe along a road that runs between two sections of the Boundary Waters Canoe Area Wilderness in northern Minnesota. They are fairly shy in this area, but she hung around long enough to take several photos.

Wow Gordon, this is absolutely fantastic!