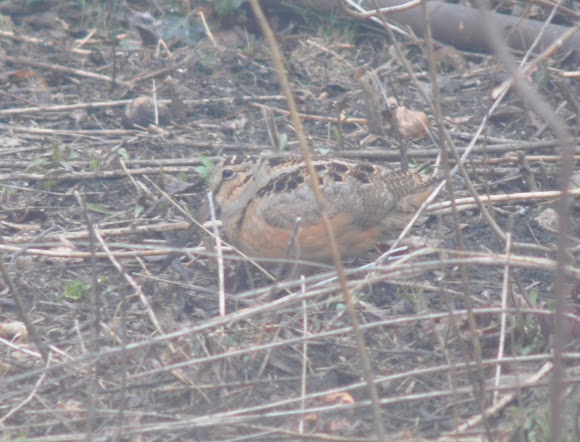 Odd looking, yes. Its eyes are inset on its head and positioned so it has more than a 360 degree view of the world. This includes being about to see everything above its head. Tough to sneak up on one. Its step is a peculiar jaunt that looks like it is jiving on the song Tequila. It makes a nasal "peent, peent, peent" song, and when it does it courtship display...well, ladies, you should be impressed. It flies high in the air and then descends with fluttering arpeggio without comparison.

The binomial name translates: "Scolopax" from the Greek for woodcock, "minor" for minor or lesser. Scolopax major is the Great Snipe. You might understand now why the British awarded marksmen with stealth the rank of "Sniper." [The verb "to snipe" originated in the 1770s among soldiers in British India in reference to shooting snipe, which was considered a challenging target for marksmen. The agent noun "sniper" appears by the 1820s. The term sniper was first attested in 1824 in the sense of the word "sharpshooter". https://en.wikipedia.org/wiki/Sniper]