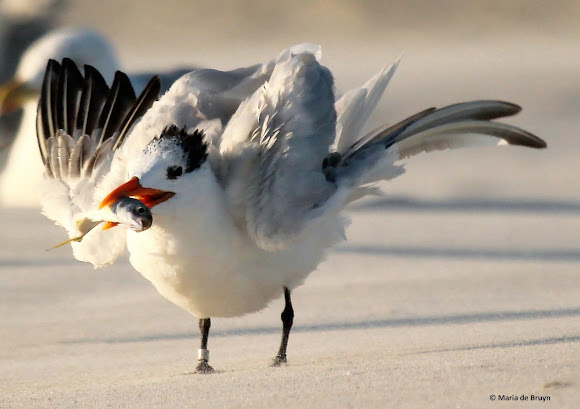 The Royal Tern, the second-largest tern, has a red-orange bill and a black cap on the top of its head during the breeding season, but in the winter the cap becomes patchy.Juveniles have a more yellow bill. Its legs are black.

Thank you, Atul.
YorkieSutaryo: I sat and watched this flock of birds for an hour, hoping to see interesting behavior and was rewarded. When one got a fish, others would chase it; I have some where one is being pursued in the air by several others until it finally drops its meal!