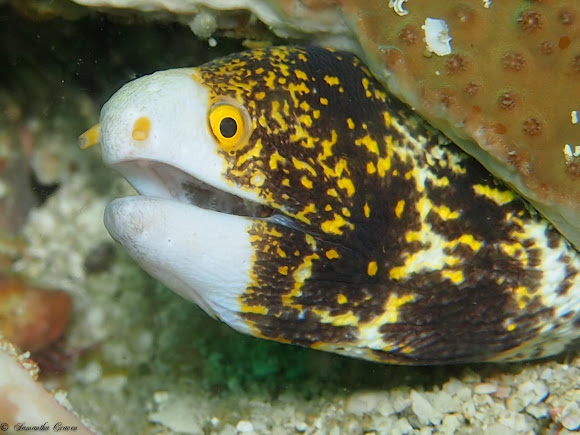 Clouded Moray Eel, also known as the Snowflake Moray, peeping out of a coral head. Morays look menacing as they open and close their mouths, but really they are just pushing water over their gills.

Under a table coral.