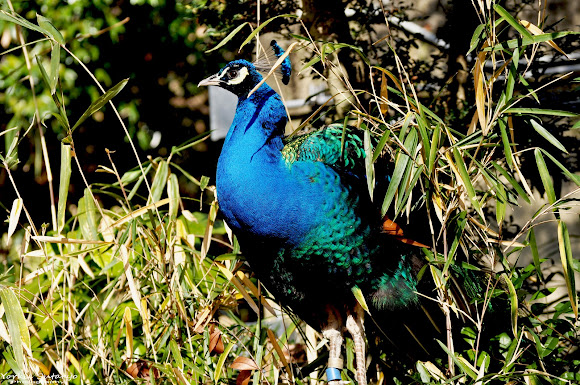 The national bird of India. Its head, neck and breast are glossy, iridescent blue with white patches above and below the eyes along with a crest of upright, blue-tipped feathers on the crown of the head. By contrast, the back and wings are greyish-brown with brown barring

Open forests and woodlands, usually near rivers and streams.