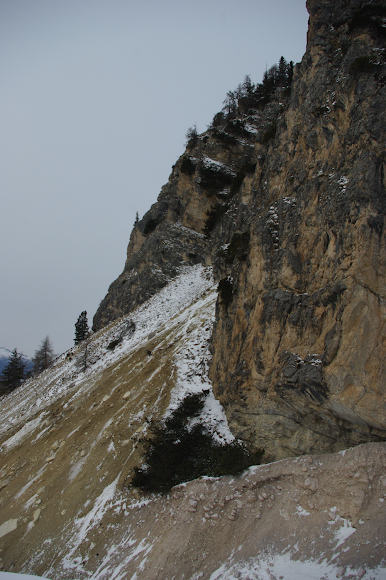 Two chamois foraging next to the Rio Gere track on Mount Cristallo, in the Dolomiti near Cortina d'Ampezzo, Italy. There was a larger group farther along the scree, but these two were much closer to the ski tracks and didn't seem to mind the gawking crowd. They all seemed to be faring pretty well thanks to the relatively mild winter.