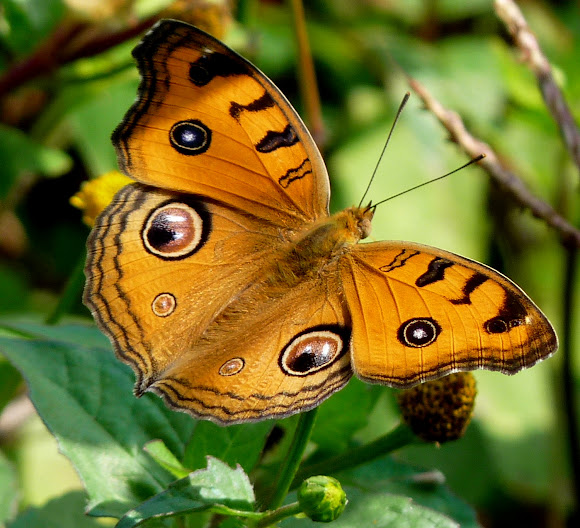 The Peacock Pansy (Junonia almana) is a species of nymphalid butterfly found in South Asia. It exists in two distinct adult forms, which differ chiefly in the patterns on the underside of the wings; the dry-season form has few markings, while the wet-season form has additional eyespots and lines.

J. almana is found in India and South East Asia, and eastwards to China and Japan.

They do Mary - they are from the same family!

Beautiful spotting - they look very similar to out Common Buckeyes.

Beautiful series! (the last pic does not show, maybe you can try reload it again)

Amazing spotting and information, especially about seasonal polyphenism, I never knew that.