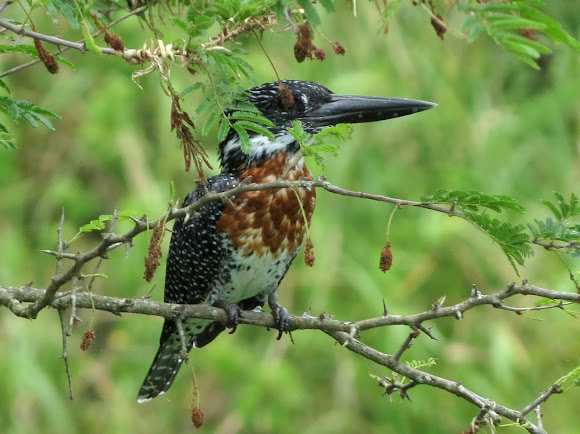 Large size and chestnut underparts. Male has chestnut on breast, female on belly. Usually seen in pairs. Preys on fish which it mostly catches by flying from perch.

Unfortunately this guy was hiding behind a branch when I got the shot. This is a male judging by the chestnut on the breast rather than the belly.

Thanks!
@Courtney - we were so lucky, over two days we saw the giant kingfisher, the malachite, woodland, brown-hooded and the pied kingfisher. It was amazing.