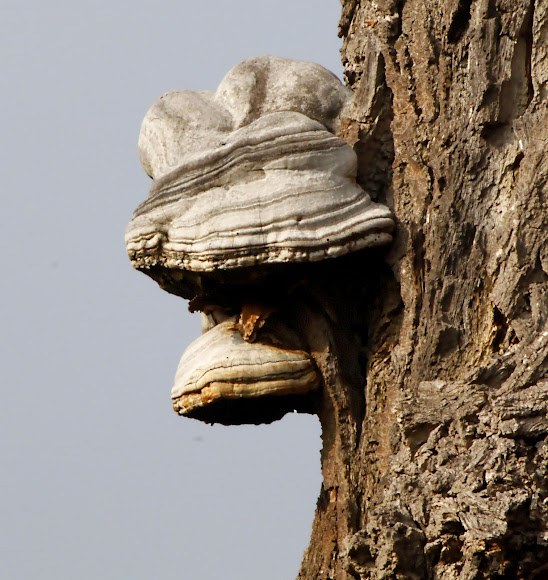 Large polypore fruit bodies which are shaped like a horse's hoof and vary in colour from a silvery grey to almost black, though they are normally brown

Europe, Asia, Africa and North America; It grows on the side of various species of tree, which it infects through broken bark, causing rot. The species typically continues to live on trees long after they have died, changing from a parasite to a decomposer.

Not edible, F. fomentarius has traditionally seen use as the main ingredient of amadou, a material used primarily as tinder, but also used to make clothing and other items. It also has medicinal and other uses. (Wikipedia) Spotted during a Geocaching tour. www.geocaching.com