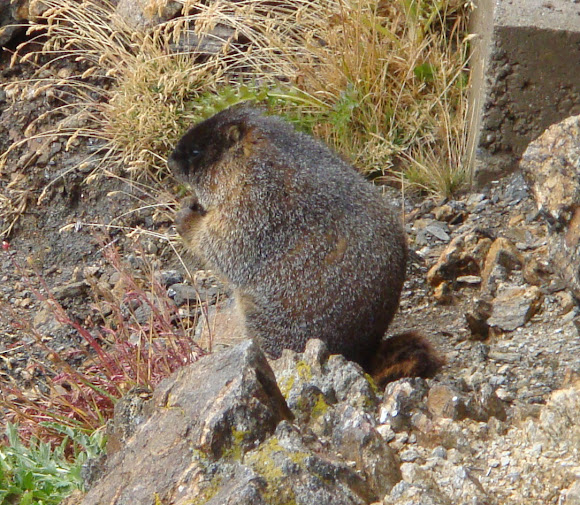 Large ground squirrels about one foot long, exclusive of tail.

Spotted peering from under the Alpine Visitor Center at Rocky Mountain National Park. At least two individuals were seen. They would crawl out a foot or so from underneath the structure, sometimes sit up and look about, then scurry back under the building again, where they were obviously harboring, and where they had perhaps constructed a burrow. The overhead perspective in two images was because the observation deck whence the images were recorded was above ground level.