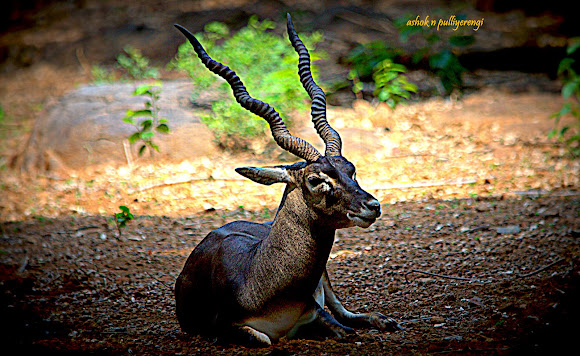 The blackbuck (Antilope cervicapra) is an antelope species native to the Indian subcontinent that has been classified as near threatened by IUCN since 2003, as the blackbuck range has decreased sharply during the 20th century

Blackbucks originally ranged over large tracts of India except in north-eastern India. Today the blackbuck population is confined to areas in Maharashtra, Orissa, Punjab, Rajasthan, Haryana, Gujarat, Andhra Pradesh, Tamil Nadu and Karnataka with a few small pockets in Central India. In Nepal, the last surviving population of blackbuck is found in the Blackbuck Conservation Area south of the Bardia National Park. In 2008, the population was estimated to comprise 184 individuals.

where were the photos taken?