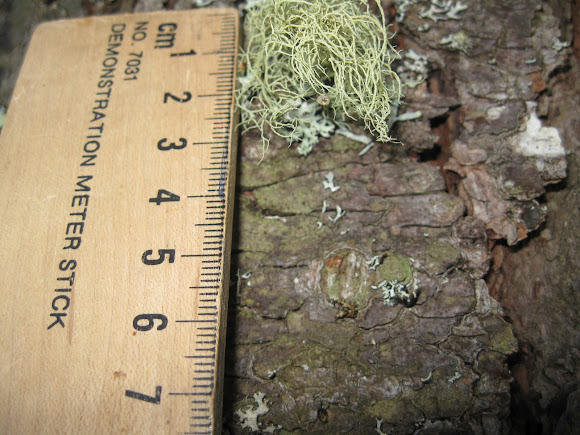 FIELD NOTES We went out side for science on January 19th. 2012, it was very cold out a lot of us couldn’t feel our fingers. It was 0ºc (32ºf) when we went outside. The wind speed was 20mph. There was snow on the ground. We found some lichen, they were mostly on dead trees, or stumps. The lichen was about 4cm. long. It was green and it was on a tree. The tree was in the wood most of the other trees around it were dead. There was some other plants around it. It was a light green type of color, it had a stringy form to it. We weren’t very far into the woods, maybe 4.5m(15ft) in to the woods. I have a prediction that my lichen is Usnea or Old Mans Beard http://en.wikipedia.org/wiki/Usnea Kingdom: Fungioipu Division: Ascomycota Class: Lecanoromycetes Order: Lecanoraes Family: Parmeliaceae Genus: Usnea