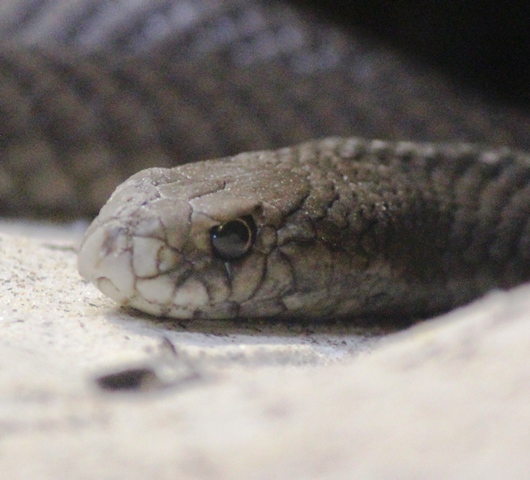 The Eastern Brown Snake is widely spread across eastern Australia and is highly venomous. This one is in Adelaide Zoo. I have encountered them numerous times in the wild but have never taken a picture of one.

Yeah, but safe behind glass!! My husband is a volunteer reptile rescuer/rehabilitator - we have not yet managed to catch or photograph a brown snake in the wild, they are really quick. (And I'm okay with that!)