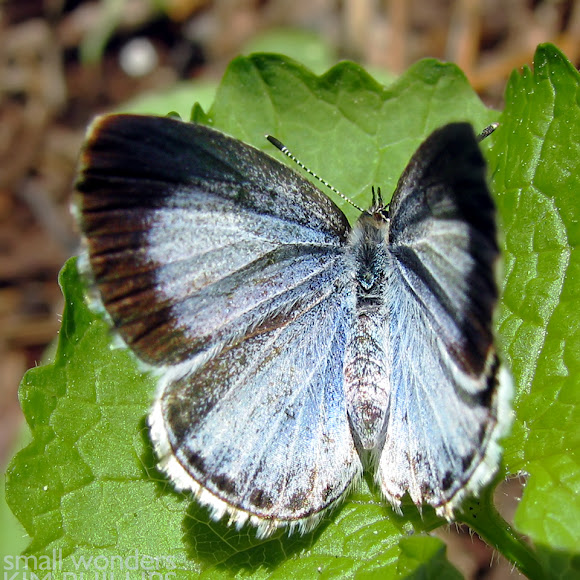 It was originally thought that Azures were a single species (Celastrina ladon). Through research there are now 8 known species of Azures in North America. Because most are nearly identical it is important to know when and where they fly in order to identify the species. The Northern Azure (Celastrina lucia) flight begins as early as March, but is more common in mid April. The Spring Azure (Celastrina ladon) flight dates begin in late April. The Summer Azure (Celastrina neglecta) flight dates begin in early July. The butterfly in this spotting can be distinguished from the Summer Azure because it was observed at the end of April, but not distinguished between the Northern and Spring because of the overlapping flight dates. The undersides of C. ladon and C. lucia are identical. The uppersides of C. ladon and C. lucia are much different but only in males.

This is a rare dorsal view, as these butterflies are seldom seen with their wings open. Unfortunately, this is a female which will not help in making a positive identification.