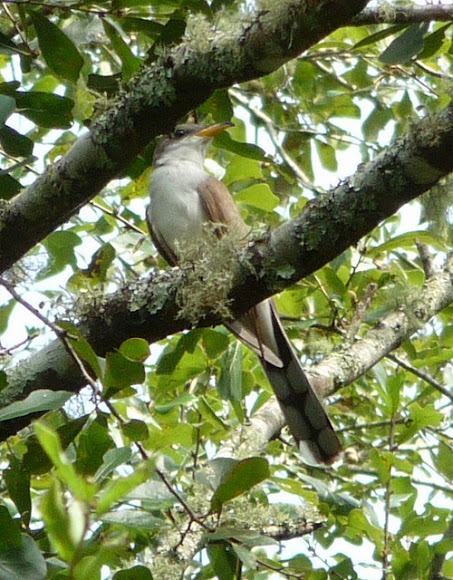 Adults have a long tail, brown above and black-and-white below, and a black curved bill with yellow especially on the lower mandible. The head and upper parts are brown and the underparts are white. There is a yellow ring around the eye. It shows cinnamon on the wings in flight. Juveniles are similar, but the black on the undertail is replaced by gray.

A common, but slow-moving and secretive denizen of woodlands, the Yellow-billed Cuckoo eats large quantities of hairy caterpillars. Its loud call is heard far more frequently than the bird is actually seen.