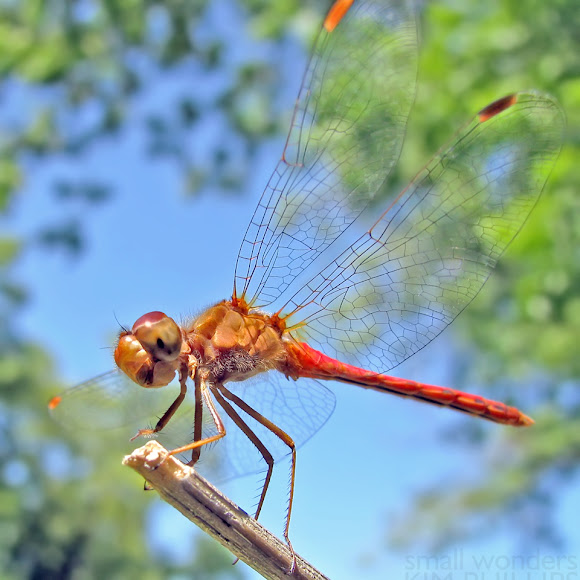 Autumn Meadowhawks can be distinguished from similar species by their yellow legs. (They were formally called the Yellow-legged Meadowhawk.) This species also has bigger eyes than other members of Sympetrum. Adults feed on small flying soft-bodied insects including mosquitoes, flies, moths & flying ants.

Great capture and perspective of this Autumn Meadowhawk