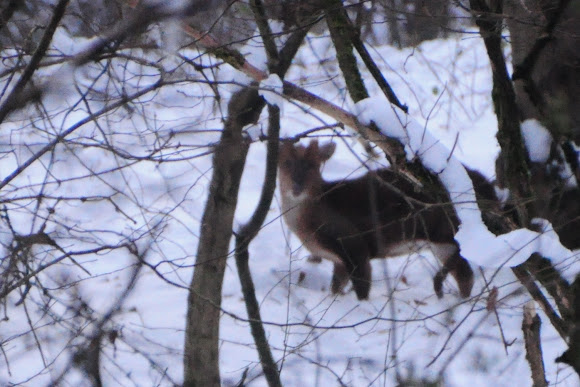 Caught this Muntjac playing in the snow, i then persued it through the thorns and got very snowy!!

Muntjac deer don't have a fixed breeding season, unlike many other deer. Instead, they reproduce continually throughout the year. This small and exotic looking deer can be surprisingly hard to spot, although a loud barking call could indicate one is nearby. Woodlands are their preferred habitat, but they are increasingly found in gardens and even walking down streets. Native to south-east China and Taiwan, muntac deer were introduced to parks in the UK in the early 20th century and escapees have since established wild populations.

This is great! Where was this taken?

You got pictures!! That's AWESOME!