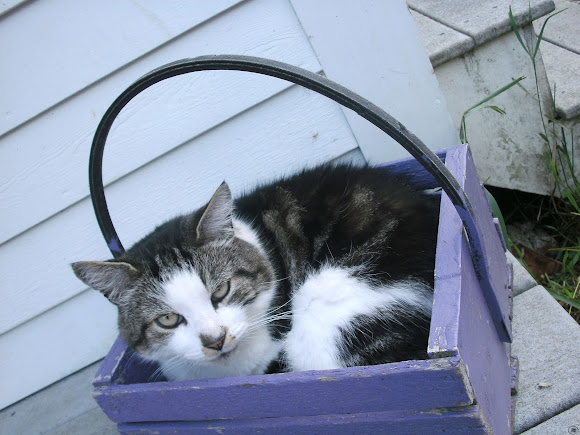 Black and white tiger cat He was known by all of our island, loved by all. He was my cat Nala. No dog could stand up against him. He was a real fighter. Once he scratched a terrior's nose and sent him to the vet.We got him when the old family of our house moved out and left him. He lived at my house and we own a Clam shack called Calders Clam Shack. We told everyone he was our mascot. He was a good but large cat. Last year he died :( he had a blood clot in his leg which forced him to not be able to move. R.I.P

This is my picture from my other school acount