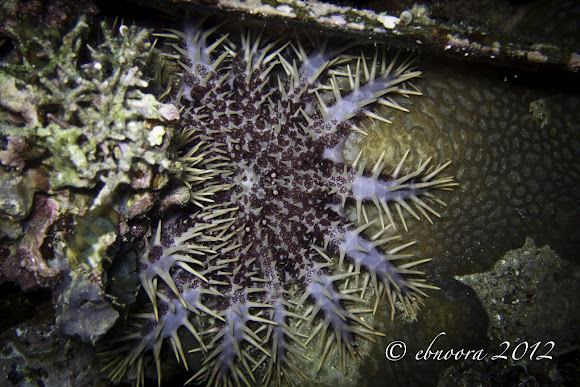 The crown-of-thorns is the second largest sea star in the world and is a corallivore, a carnivorous predator that preys on reef coral polyps. Outbreaks of crown-of-thorns has been blamed for widespread reef destruction.

Spotted during a night dive at Dive and Trek house reef. Thankfully did not spot others so there would seem to be no indication of an outbreak. Bonus find was a commensal shrimp Periclimenes soror hiding among the starfish's thorns (picture 3).

Unfortunately yes Argybee. I think 2 years ago there was a massive outbreak here.

Are these often a problem in Philippines?