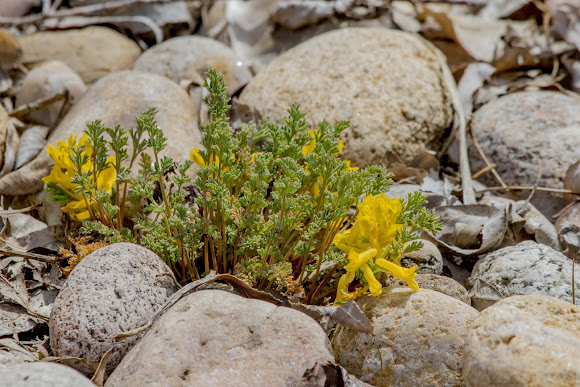 Golden corydalis is a spreading, yellow-flowered member of the poppy family. It is sometimes referred to as scrambled eggs. Its stems are pale or whitish and leafy. The leaves have numerous small segments. The yellow flowers, irregularly shaped and spurred at the base, occur from February to May. They appear in loose clusters at the ends of the branches. The seeds are black and shiny.

The plant is distributed widely in the western half and central parts of Texas. It is also found north to South Dakota, west to Utah and in southern Nevada and Arizona. Golden corydalis often grows in disturbed areas, along stream banks, in open woods and in sandy soils throughout Texas.