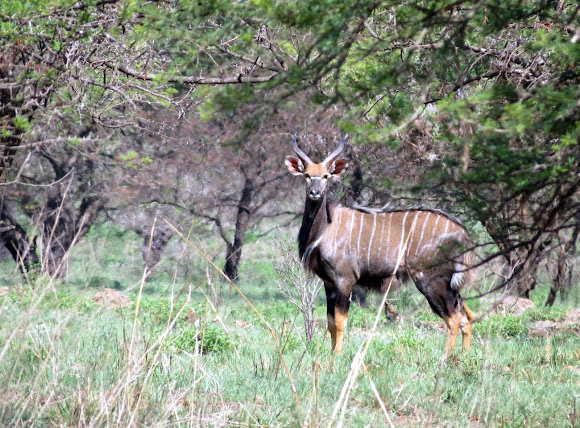 The nyala, or mountain nyala is a beautiful antelope species. Often found on steep and rocky ground which other antelope are not willing to traverse. They also favour thick scrub and woodland to open areas. An elusive natured animal, they were the last large ungulate to be discovered in Africa, to Western science at least.

High altitude woodland and afro-alpine grassland. Found at elevations of over 4,000 metres.

In five weeks of staying on a nature reserve in South Africa with a healthy nyala population I saw three and this was the only bull.

I had meant to add that sadly nyala's are classified as endangered on the IUCN Red List with as few as 2,500 individuals remaining.

Thanks! It was great to see him.