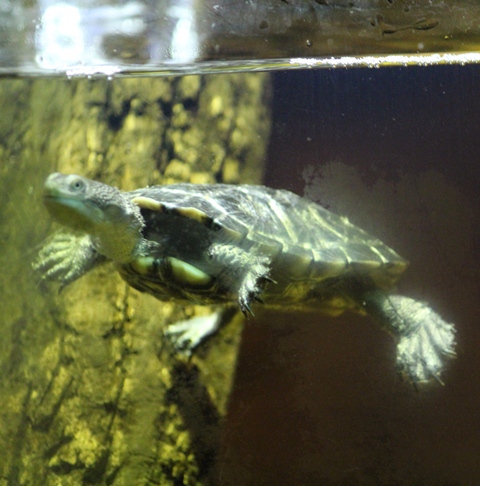 These turtles are found in inland slow-moving freshwater habitats such as swamps, dams, from northern Queensland to South Australia. This one is in Adelaide Zoo - according to the information board, it is only young (hatched on 25 April 2011 - I wonder if his name is Digger?).