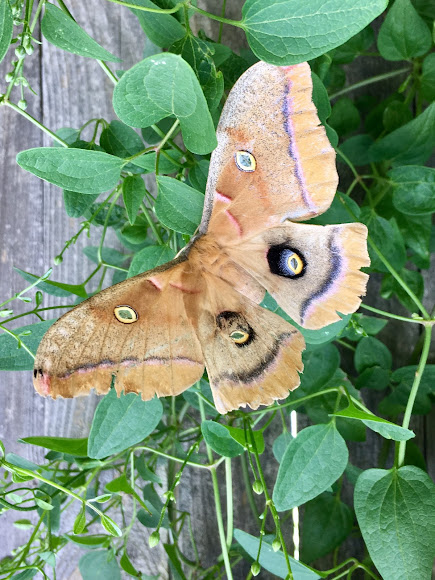 Antheraea polyphemus (polyphemus moth) is a North American member of the family Saturniidae, the giant silk moths.[1] It is a tan-colored moth, with an average wingspan of 15 cm (6 in). The most notable feature of the moth is its large, purplish eyespots on its two hind wings. The eye spots give it its name – from the Greek myth of the Cyclops Polyphemus. The species is widespread in continental North America, with local populations found throughout subarctic Canada and the United States. The caterpillar can eat 86,000 times its weight at emergence in a little less than two months.

Sadly, with a lifespan (as an adult) of just four days, this one looks as though this may be his last day.