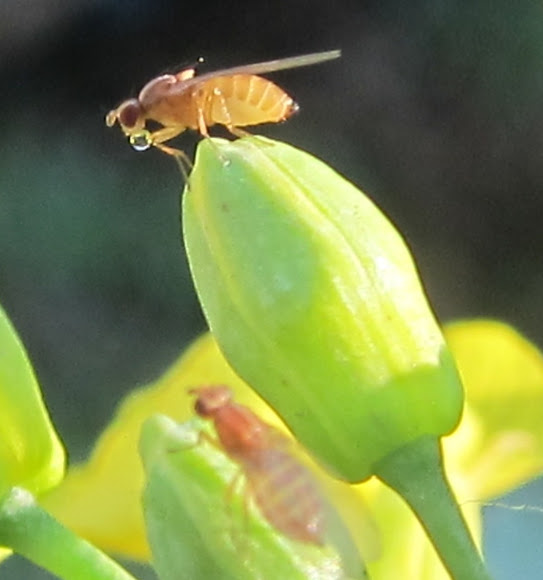 Lauxaniidae is a family of acalyptrate flies. It contains around 1800 described species in 126 genera distributed worldwide. These are generally small flies (length 5 mm or less) with large compound eyes, often brightly coloured in life. Many species have different patterned wings. Contrary to popular belief they do not have different patterned bodies The majority of species are found in the tropical regions of Asia and the Americas, with the exception of the Afrotropical region where few are found. Their species diversity declines strongly in the more temperate regions. There are slightly fewer than 180 species from Europe. Most species are inhabitants of forests, to be found on low shrubs, trees, and leaves. They are far less commonly found amongst dry or wet grassland habitats. The larvae are mostly saprophagous, feeding in leaf litter, bird nests, etc. Wikipedia

Thank you for the ID Cindy!

Thanks LuisStevens--I did not see that it was drinking the water until I downloaded the photos. It was amazing to see.

I had never seen any fly drinking water, great spotting!