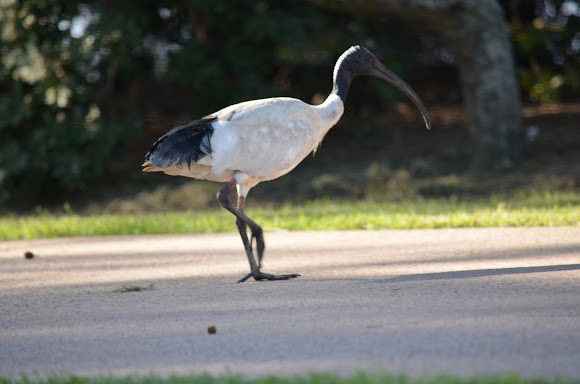 The Australian White Ibis (Threskiornis molucca), is a wading bird of the ibis family Threskiornithidae. It is widespread across much of Australia. It has a predominantly white plumage with a bare, black head, long downcurved bill and black legs.

This ibis feeds on various fish, frogs and other water creatures, and also insects and garbage. They are regularly seen around at parks, gardens in urban areas which apparently was not always the case.