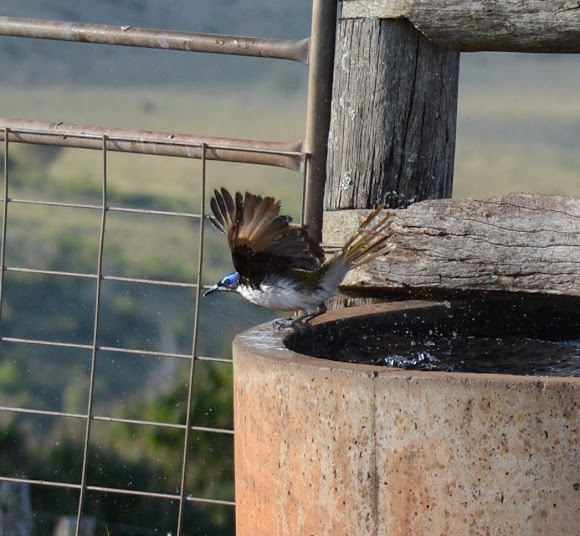 The Blue-faced Honeyeater feeds mostly on insects and other invertebrates, but also eats nectar and fruit from native and exotic plants. It forages in pairs or noisy flocks of up to seven birds (occasionally many more) on the bark and limbs of trees, as well as on flowers and foliage. These flocks tend to exclude other birds from the feeding area, but they do feed in association with other species such as Yellow-throated Miners and Little Friarbirds.

The Blue-faced Honeyeater is found in tropical, sub-tropical and wetter temperate or semi-arid zones. It is mostly found in open forests and woodlands close to water, as well as monsoon forests, mangroves and coastal heathlands. It is often seen in banana plantations, orchards, farm lands and in urban parks, gardens and golf courses.

this little bird was having a lovely bath in the trough!