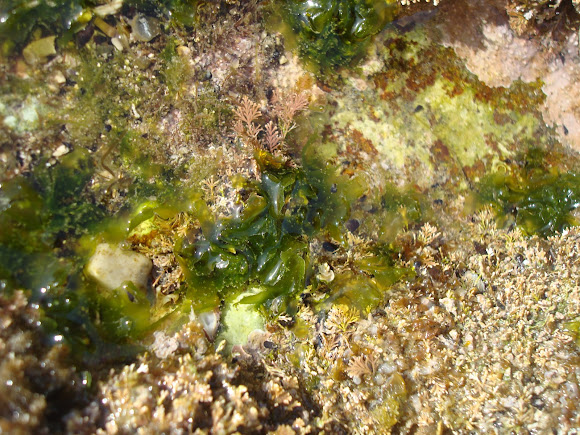 Green transparent leafs resembles green salad and it gets its Latin name according to that.

It is considered to be an indicator of lower quality of sea water (grows where the concentration of phosphates is bigger) , so it can be often found in Marinas and Harbors.

It comprises the genus Ulva, a group of edible green algae that is widely distributed along the coasts of the world's oceans. The type species within the genus Ulva is Ulva lactuca, lactuca being Latin for "lettuce". he rotting leaves produced large quantities of hydrogen sulphide, a toxic gas. In one incident near Saint-Michel-en-Grève, a horse rider lost consciousness and his horse died after breathing the seaweed fumes; in another, a lorry driver driving a load of decomposing sea lettuce passed out, crashed and died, with toxic fumes claimed to be the cause. Environmentalists blamed the phenomenon on excessive use of nitrates by pig and poultry farmers.