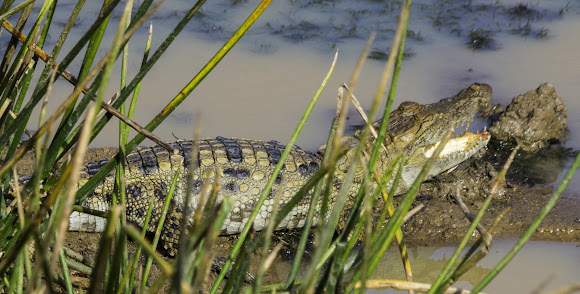 My guide said this was a freshwater croc, but it looks different than all my other spottings of same (brighter color and smoother skin, and appears to be smaller based on context). I am guessing that this is a juvenile.