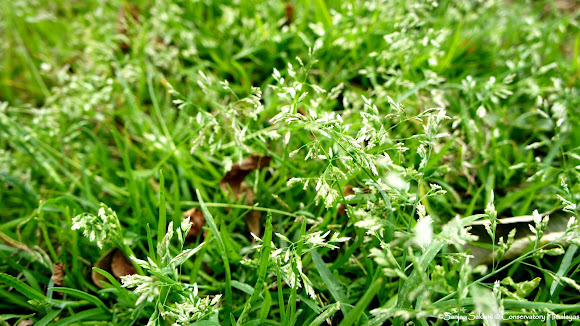 Dactylis glomerata occurs from sea level in the north of its range, to as high as 4,000 m altitude in the south of its range in Pakistan. It is widely used for hay and as a forage grass. It is a principle species in the UK National Vegetation Classification habitat community the very widespread Arrhenatherum elatius grassland, and thus can be found where Arrhenatherum elatius, (also known as False Oat grass), occurs. It can be found in meadows, pasture, roadsides, and rough grassland. It has been introduced into North America, New Zealand and Australia, and is now widely naturalized. In some areas, it has become an invasive species. Other names include cocksfoot, cocksfoot grass, and (in cultivation in the USA) orchard grass.

while searching in wikipedia i founf that Dactylis Glomerata is an album by doom metal band Candlemass, released in 1998. http://en.wikipedia.org/wiki/Dactylis_Gl...