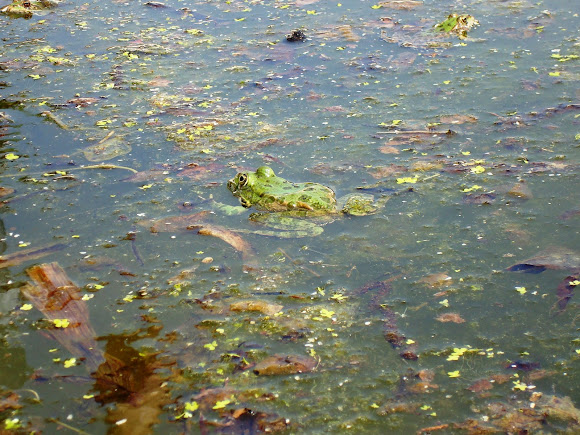 It is a name for a common European frog..

It is used for food, particularly in France for the delicacy frog legs. During the ice ages the population of the common ancestor diverged, but remained genetically close enough to be able to create fertile hybrids, but their offspring are often misformed, so there are no pure populations of edible frogs.