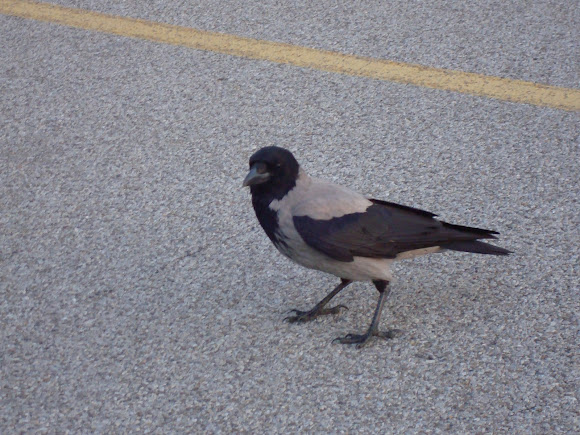 Except for the head, throat, wings, tail and thigh feathers, which are black and mostly glossy, the plumage is ash-grey, the dark shafts giving it a streaky appearance. The bill and legs are black; the iris dark brown. There is only one moult, in autumn, as in other crow species. The male is the larger bird, otherwise the sexes are alike. The flight is slow and heavy and usually straight. The length varies from 48-52 cm. Like other corvids it is an omnivorous and opportunistic forager and feeder.

Found across Northern, Eastern and Southeastern Europe, as well as parts of the Middle East.

It is associated with fairies in the Scottish highlands and Ireland.