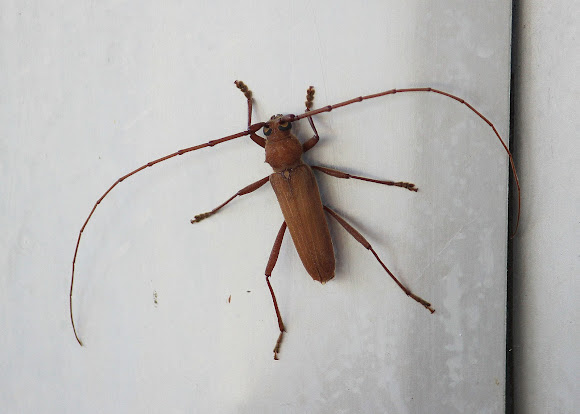 A kind of longhorn beetle. As the name suggests, it is usually found on hickory or oak trees, where it lays its eggs. Larvae bore into the trees to feed and can cause some damage. If roughly handled, it may "squeak furiously."

Found in the eastern half of the North America, Mexico and the Bahamas. This one was spotted in Scooba, Miss.

Only species in the genus Knulliana.