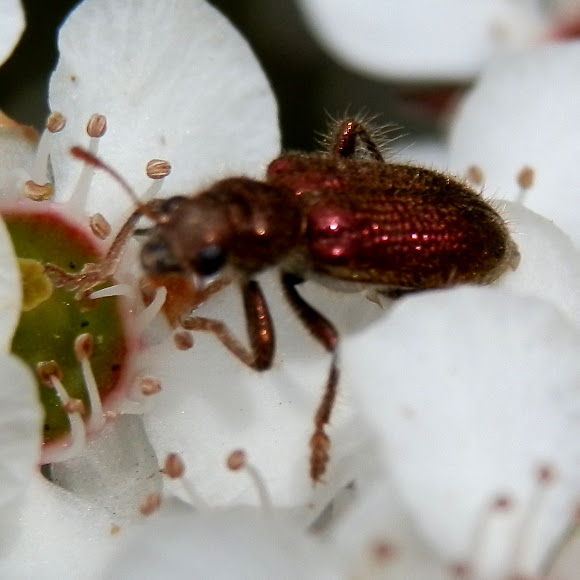 An attractive little beetle about 11 mm long. It had metallic dusky pink elytra which had ridges and pitting, and covered with short brown setae which gave them a greenish sheen. The thorax, head and legs were the same colour as were the antennae. Eyes were black.

The body appeared a little stout when compared to the slim green shimmering clerid often seen on flowers in this region.
I was not able to get a better shot of the beetle as it was extremely active flying from one bush to another.
Family: Cleridae
Subfamily: Clerinae
This ID needs confirmation.