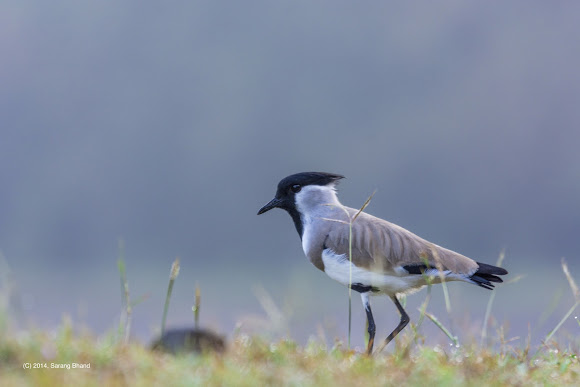 River Lapwings are usually found in northern range of Indian Sub-Continent from Northern to North-Eastern regions of India. The breeding range extends till Vietnam & Thailand in SE Asia. Only an isolated record has been noted in Central state of M.P. ref. Birds of Indian subcontinent -Grimmett. This image was taken during a recent visit to Tawa reservoir, in Hoshangabad district, M.P. These were found in a small group of 4-5 birds near a canal with other red wattled lapwings at early morning hours.