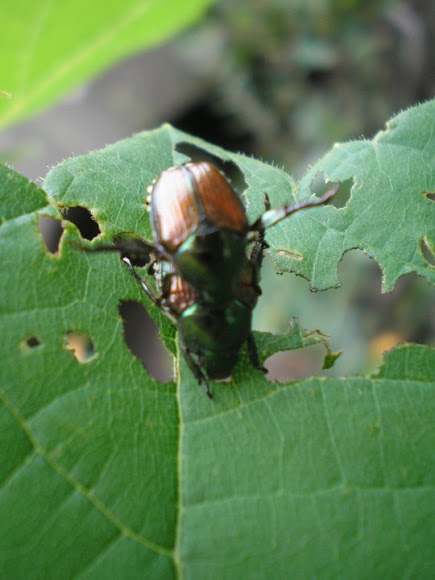 The beetle species Popillia japonica is commonly known as the Japanese beetle. It is about 15 millimetres (0.6 in) long and 10 millimetres (0.4 in) wide, with iridescent copper-colored elytra and green thorax and head. It is not very destructive in Japan, where it is controlled by natural predators, but in America it is a serious pest of about 200 species of plants, including rose bushes, grapes, hops, canna, crape myrtles, and others.

The japanese beetle looks alot like the cowboy beetle.

As Keith suggested, these are two Japanese beetles, a common invasive species in North America.