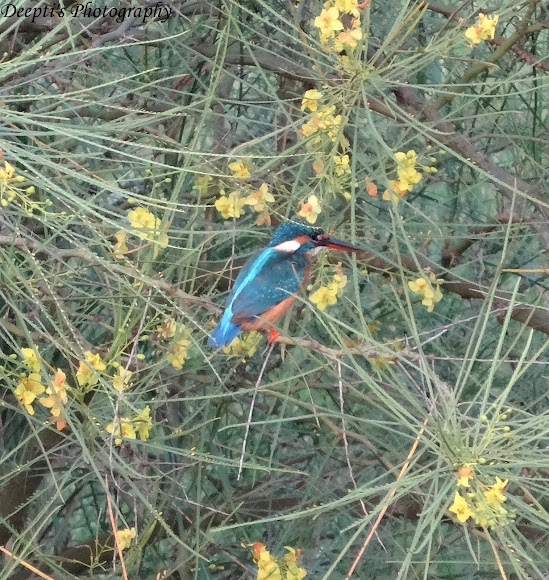 This species has the typical short-tailed, dumpy-bodied large-headed and long-billed kingfisher shape. The adult male has green-blue upperparts with pale azure-blue back and rump, a rufous patch by the bill base, and a rufous ear-patch. It has a green-blue neck stripe, white neck blaze and throat, rufous underparts, and a black bill with some red at the base. The legs and feet are bright red. It is about 16 cm long with a wingspan of 25 cm, and weighs 34–46 grams. The female is identical in appearance to the male except that her lower mandible is orange-red with a black tip.

The rufous ear patches distinguish it from all other kingfishers. It feeds mainly on fish, caught by diving, and has special visual adaptations to enable it to see prey under water. The flight of the kingfisher is fast, direct and usually low over water. The short rounded wings whirr rapidly, and a bird flying away shows an electric-blue "flash" down its back. The glossy white eggs are laid in a nest at the end of a burrow in a riverbank.

Thanks James, there are so many varieties of kingfishers across the globe that they just amaze me.