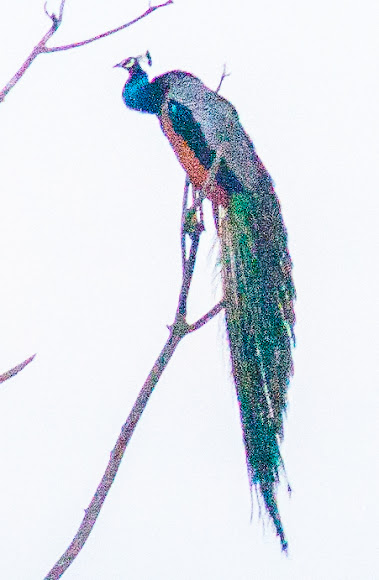 sorry for the horrible grainy ultra blown up crop, but I decided to submit this spotting because it is the only one of maybe a dozen peafowl spottings of mine where the bird is high up in a tree (evidence of actual flight). all my others are on the ground, or hopping distance therefrom (fallen dead tree branch).

thanks, but so grainy because so far away and then cropped and enlarged so much.