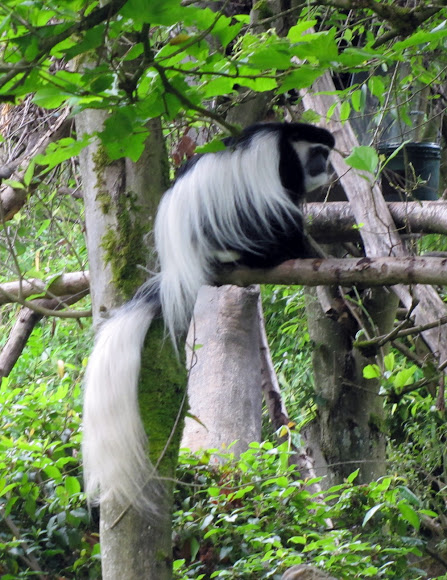 The king colobus (Colobus polykomos), also known as the western black-and-white colobus, is a species of Old World monkey, found in lowland and mountain rain forests in a region stretching between Gambia and Côte d'Ivoire within Africa. It eats mainly leaves, but also fruits and flowers. Though it is arboreal, it eats primarily on the ground. It lives in small groups consisting of 3 to 4 females and 1 to 3 males, plus their young. These groups maintain distance from one another through territorial calling. The king colobus can be distinguished from other members of the Colobus genus by the placement of its white markings. The king colobus has white only on its whiskers, chest, and tail, and its tail is not tufted.

This colobus is in the Woodland Park Zoo in Seattle.