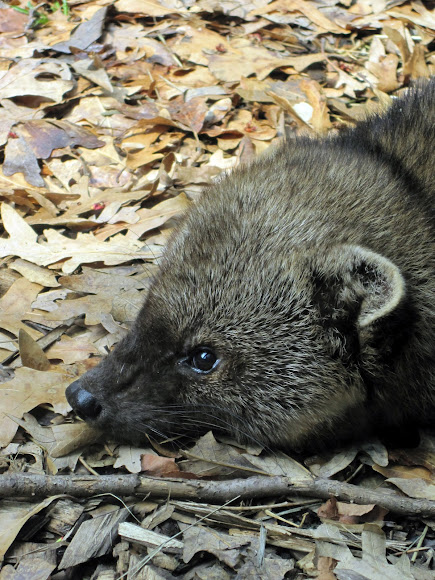 The fisher (Martes pennanti) is a medium-size mammal native to North America. It is a member of the mustelid family, commonly referred to as the weasel family. The fisher is closely related to but larger than the American Marten (Martes americana). The fisher is a forest-dwelling creature whose range covers much of the boreal forest in Canada to the northern fringes of the United States. Names derived from aboriginal languages include pekan, pequam, and wejack. It is also sometimes referred to as a fisher cat, though it is not a feline.

This fisher is in the Minneapolis Zoo. They are such a secretive animal, it is rare to see them in the wild.