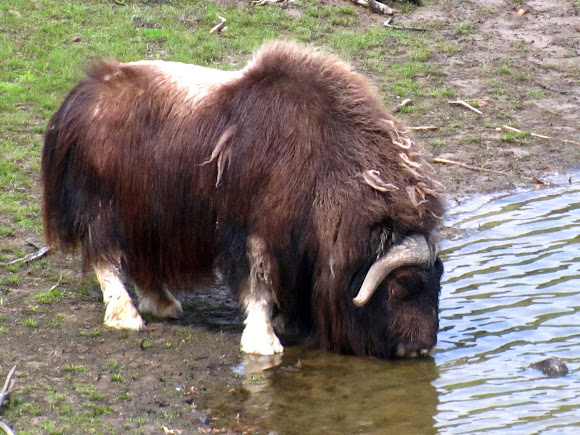 During the summer, muskoxen live in wet areas, such as river valleys, moving to higher elevations in the winter to avoid deep snow. Muskoxen will eat grasses, arctic willows, woody plants, lichens and mosses. When food is abundant, they prefer succulent and nutritious grasses in an area. Willows are the most commonly eaten plants in the winter. Muskoxen have a high threshold of fat reserves before conceiving which reflects their conservative breeding strategies. Winter ranges typically have shallow snow to reduce the energetic costs of digging through snow to reach forage. Predators of muskoxen include Arctic wolves, grizzly bears and polar bears.

The muskox is an Arctic mammal of the family Bovidae, noted for its thick coat and for the strong odor emitted by males, from which its name derives. This musky odor is used to attract females during mating season. Muskoxen primarily live in Arctic North America and Greenland.