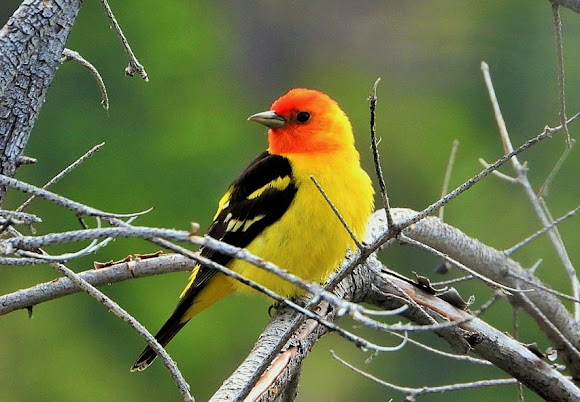 Adult male in breeding plumage. When in non-breeding the male has very little red on his head and the body has an olive tinge. I was able to capture him in pics and a video - waiting and calling for his mate. Video: https://youtu.be/7GMRADF4VSQ

Spotted in the eastern slopes of the Cascade Mountains. This area had been hit by forest fires a few years ago and had created some semi-open areas. Mostly coniferous forest above 2000 ft.

Range in much of western North America during the breeding season and in central Mexico to Panama for wintering.

Thank you so much, James.

Thank you armadeus.4 for your kind words.