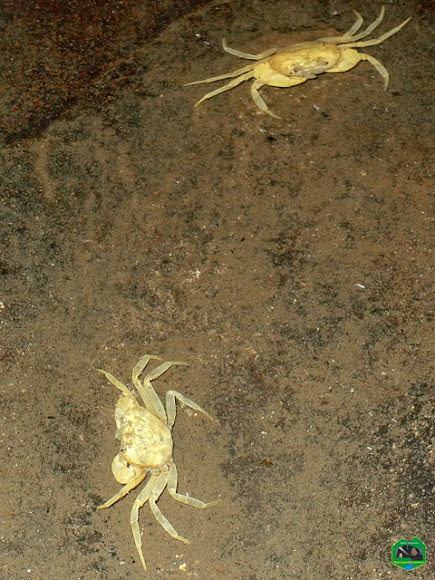 "Freshwater crabs are unique among brachyuran crabs in that they can complete their entire life cycle without the need for either brackish water or sea water. All freshwater crabs undergo direct development (whereby all larval stages are lacking), where the ovigerous female broods a few large, lecithotrophic eggs that hatch into tiny hatchling crabs (Ng 1988)." - JC Mendoza & Naruse 2010

These are an undescribed species of Sundathelphusa! There are no troglobitic Sundathelphusa reported from Benguet as yet. - JC Mendoza (Phil. Biodiversity Net). Photo by Jerry Rendon

You might want to send a few specimens to Ng.