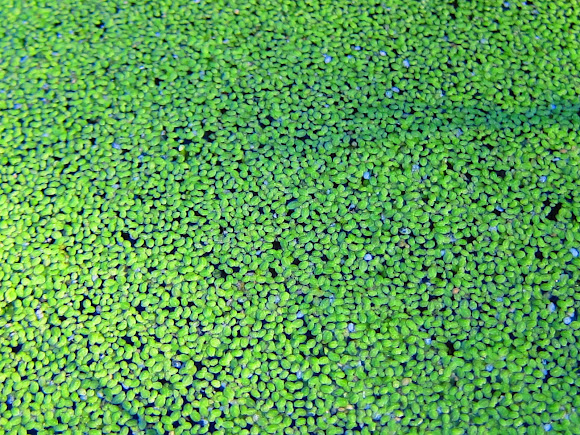 Wolffia is a genus of 9 to 11 species which include the smallest flowering plants on Earth. Commonly called watermeal or duckweed, these aquatic plants resemble specks of cornmeal floating on the water. Wolffia species are free-floating thalli, green or yellow-green, and without roots. The flower is produced in a depression on the top surface of the plant body. It has one stamen and one pistil. Individuals often float together in pairs or form floating mats with related plants, such as Lemna and Spirodela species. Most species have a very wide distribution across several continents. Wolffia species are composed of about 40 percent protein, about the same as the soybean, making them a potential high-protein human food source. They have historically been collected from the water and eaten as a vegetable in much of Asia. Wikipedia