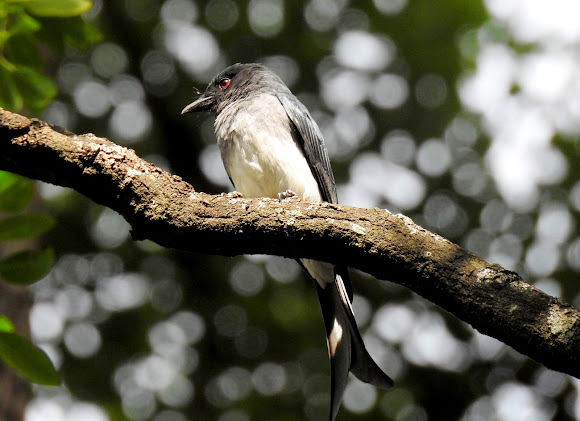 This drongo is black without any glossy on the upperside and greyish on the throat and breast while the belly and vent are entirely white in the Indian form which is the nominate subspecies. The fork of the tail is less deep than in the black drongo which is often seen in the same habitats. Young black drongo's can have a lot of white on the underside but it is usually scaly in appearance. The Sri Lankan forms insularis of the northern dry zone and leucopygialis of the southern wet zone have the white restricted to the vent. Birds that are less than a year old lack the white on the underside but are browner above and greyish below.