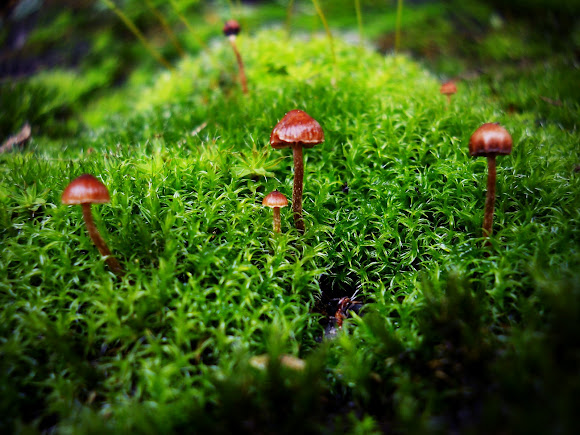 While I'm not religious, my human brain interpreted these three mushrooms as being similar to the crucifixion scene, with Jesus and the two thieves. I did take the picture on Easter Sunday after all, so clearly it's a very important message from god.

Shaded moist undergrowth, next to a stream, which was quite full from the past week of rain. Found this patch of moss on top of a large rock, the moss was growing wildly, so I wondered if there was a mycorrhizal-type relationship between the mushrooms and the moss.

Just after the winter rainy season here in Southern California.