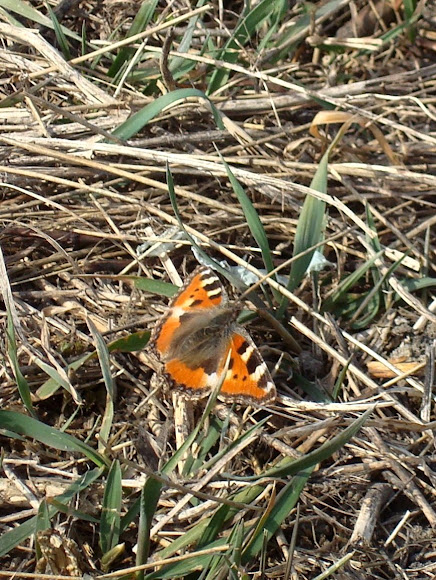 I have found in on the meadow in between the river Sava and the Jarun lake. It is found in temperate Europe, Asia Minor, Central Asia, Siberia, China, Mongolia, Korea and Japan. There are a few records from New York City which, however, are believed to have arrived human-assisted.

a nice capture indeed, they seem to enjoy resting on the brown grass of the old year, during their exhausting flight in search of early flowers and partners !!